Our project Towards Robust Multiagent Plans focuses on theoretical and applied research in field of multiagent planning in dynamic environments. The objective of the project is to connect, both formally and empirically, between the developments in domain-specific multiagent planning and the concepts of generic, domain-independent, problem solving and propose solutions and techniques robust to uncertainty, dynamism and non-determinism of environments modelled closely to real world.

In Computation Game Theory we study and design new algorithms for finding optimal behavior in finite sequential scenarios, where agents have to deal with limited information, uncertainty, and competing opponents. Typical examples include classical card and board games, scenarios from the security domain, or auctions

Pre-seed aims at design and deployment of algorithms for surveillance and patrolling on multiple autonomous UAVs for protection of critical infrastructures (oil-pipelines, power lines, etc.) and use in tactical missions. We try to develop a system for integrated command and control that increases autonomy of fleet of UAVs and provides common operation picture for the UAV operator.

Second place in the virtual competition of DARPA SubT Challenge

The final round of the DARPA Subterranean Challenge organized by the US Department of Defense earned the Czech team performing under the CTU-CRAS-NORLAB banner a podium position in the robot battle in a virtual environment - in a robotic simulator. Among the ten best robotic teams in the world, the team took second place, for which it was awarded $500,000. The results were announced by DARPA on Friday 24 September at a ceremony in Louisville, Kentucky, United States. 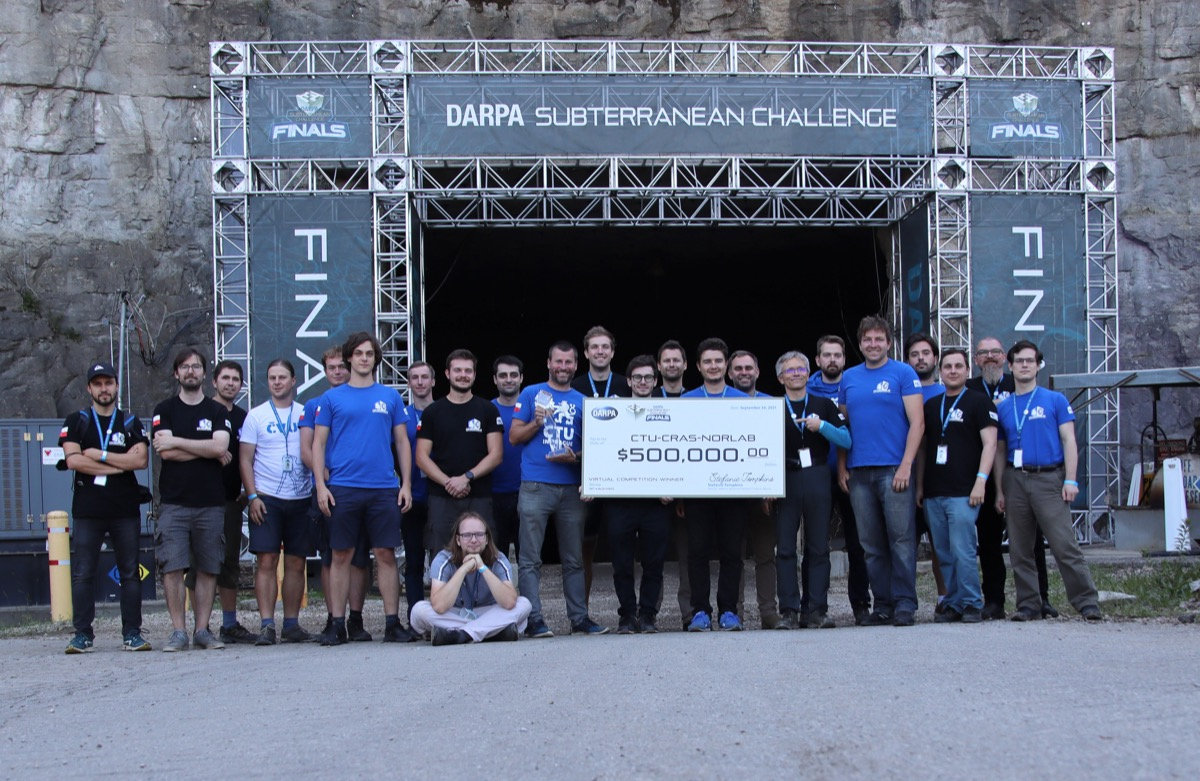 The software solutions competition took place in eight underground virtual worlds representing different environments. In them, three-dimensional robot models move with all the dynamics and kinematics, performing the same rescue tasks as their real-life predecessors in a simulated environment in a collaborative manner.

"We focused mainly on the main competition with real robots, so second place in the virtual competition is a pleasant surprise for us. The result shows the possibilities of the technical solution, which we have invested in thanks to the DARPA subsidy. The fact that our solution works so well in the virtual realm gives us a promising perspective for working with the real system as well," says Prof. Tomáš Svoboda, leader of the team of more than thirty scientists and students from the Department of Cybernetics and the Department of Computers at FEE CTU.

DARPA has invested considerable effort in the last three years in improving the simulator, a virtual environment, because it sees its potential in creating new robotic systems and in realistically verifying robotic solutions with limited testing capabilities in a real environment. By coming second in the virtual robot competition, the CTU-CRAS-NORLAB team will take home a half-million-dollar prize to Prague. The prize will allow the scientists to further invest in robotics research. Simultaneously with the virtual competition, a competition of real robots took place in the underground MegaCavern complex in Kentucky. A team of wheeled, tracked, flying and four-legged rescue robots from FEE CTU managed to uncover seven objects in 60 minutes in a giant limestone mine, which earned them a sixth place in the competition of the best eight teams in the world.

"During the competition round, we deployed a complete set of our robots. Six ground-based robots including three walking SPOTs, three drones, plus a hand-controlled robot serving as a motorized mobile communication base. In an environment where there is no GPS signal and the range of wireless communication is very limited, the robots worked off-line, fully autonomously, which we consider a success," says Prof. Jan Faigl, head of the Laboratory of Computational Robotics FEE CTU.

"Mainly thanks to the subsidy from DARPA, we have a significantly renewed robot line-up, which added two more SPOT robots in August. The new system allows for much more multi-robot exploration, robot autonomy and the ability to operate out of signal range than was previously the case, but because it is a new system, it needs more testing," says Prof. Tomas Svoboda, whose team defended two third places in the Robotic Systems Competition from previous rounds in 2019 and 2020.

The winner of the robotic systems competition is the Cerberus team, which identified 23 objects, as did the runner-up CSIRO Data61. The time of the last object detected by Team Cerberus was the deciding factor for the win and the $2 million prize. 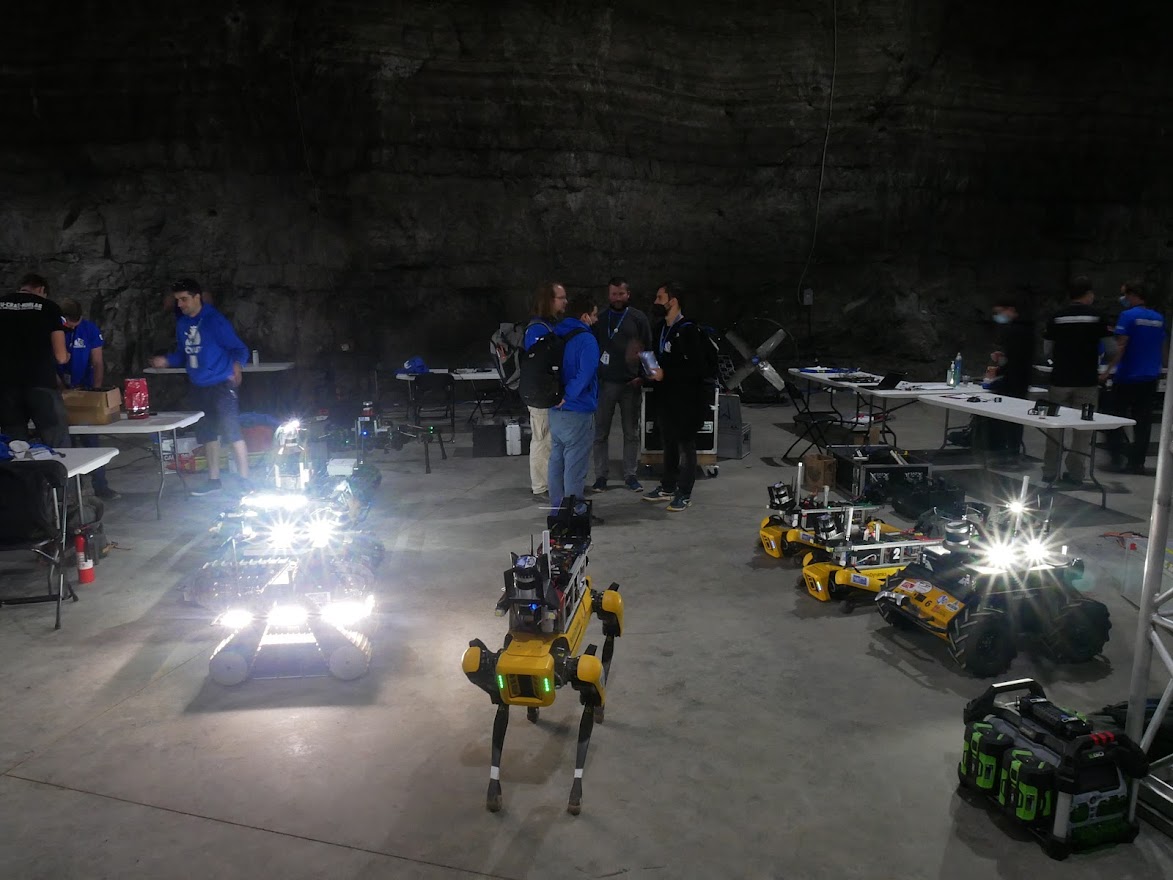