A unique tool to promote urban cycling Cykloplánovač has been developed by experts from the Agent Technology Centre of Faculty of Electrical Engineering together with students from Open Informatics program. This application combines intelligent navigation and data analysis and can accordingly plan the route in 25 Czech cities and Bratislava.

The cooperation of the Department with industry on the basis of the innovation voucher in Prague, 2014.

Predicting protein properties with spatial statistical machine learning: Proteins are what we are made of and what controls what happens inside of us. Yet, we know too little about the functions of the thousands of specific proteins that have been discovered. We design algorithms that learn to predict “what the protein does” from “what the protein looks like”.

Will it break down once warranty’s over? We ask a similar question in a more complex setting: in the European project SUPREME, we explore how machine learning and data mining techniques can be used to predict failures in an industrial plant

MYWAY is a 7th Framework ICT Project implemented by 14 partner organisations from across Europe that range from public authorities, research centers to SME’s. Placing the traveller at the heart of mobility, MYWAY develops an integrated platform, the European Smart Mobility Resource Manager, that enables combining all sorts of transport services and automatically handling transactions related to their usage into a seamless point-to-point mobility service.

Karel Zavadil, student of the bachelor's program in Software Engineering and Technology (SIT), developed a unique application Mobile Social Worker (https://socpracvmobilu.cz/), which aims to provide relevant professional assistance to individuals in unfavorable social situations using a simple questionnaire. The application was developed by the student himself within his Bachelor thesis, which was led by Ing. Martin Komárek from our department. The app itself is very intuitive. It offers the user a number of simple questions and, based on the chosen answers, evaluates the situation and suggests further action, including contacts to specific workplaces in the area as social service providers, authorities and non-profit organizations.

Cooperation with Charles University and Vodafone

The idea for this non-profit project was born in the head of a social worker Mgr. Jakub Marek, Ph.D., who teaches at the Hussite Theological Faculty of Charles University. The project underwent an acceleration program for social technology startups in the Laboratory of the Vodafone Foundation and at the same time received a contribution from the Vodafone Foundation for the further development of the app. He received a grant from Vodafone for the implementation and approached our student and his friend Karel Zavadil to program the application. “The vision of the project was to create a free platform that will fully cover the issue of basic social counseling, connect the world of information technology with the world of social work and will operate on a democratic community principle. We wanted to offer people a tool that is not dependent on the state or one particular organization, and on the contrary, is based on the ideals of civil society and good intentions, " said Zavadil.

That is also why the authors would like to invite other non-profit organizations to collaborate and create a community of experts who would participate in formulating content for the relevant areas of social work, in which they have experience and expertise. In the content part, there is still a lot of room for improvement and extension to other areas of social services, which are now missing (eg the issue of prisoners and released, abused persons, alternative family care or the integration of foreigners).

Over 1500 users and counting

The Social Worker on Mobile application can be used by both people in a social crisis and social workers, government officials working with individuals in a social crisis, and anyone who wants to seek help for another person. Since the end of 2019, when the authors gave it a free download for the Android operating system, it has been used by over 1,500 users. It is used daily by an average of 30 people, of which about 10 are new users and 20 are returning. In the future, in addition to acquiring new users, the authors would like to offer an iOS version and program new features such as blind mode, offline version, navigation to searched locations on the map or market for offers and demands for things and services, and implement many other ideas. Well, fingers crossed!

Download the app here (open the link on your mobile phone to get to the app store). 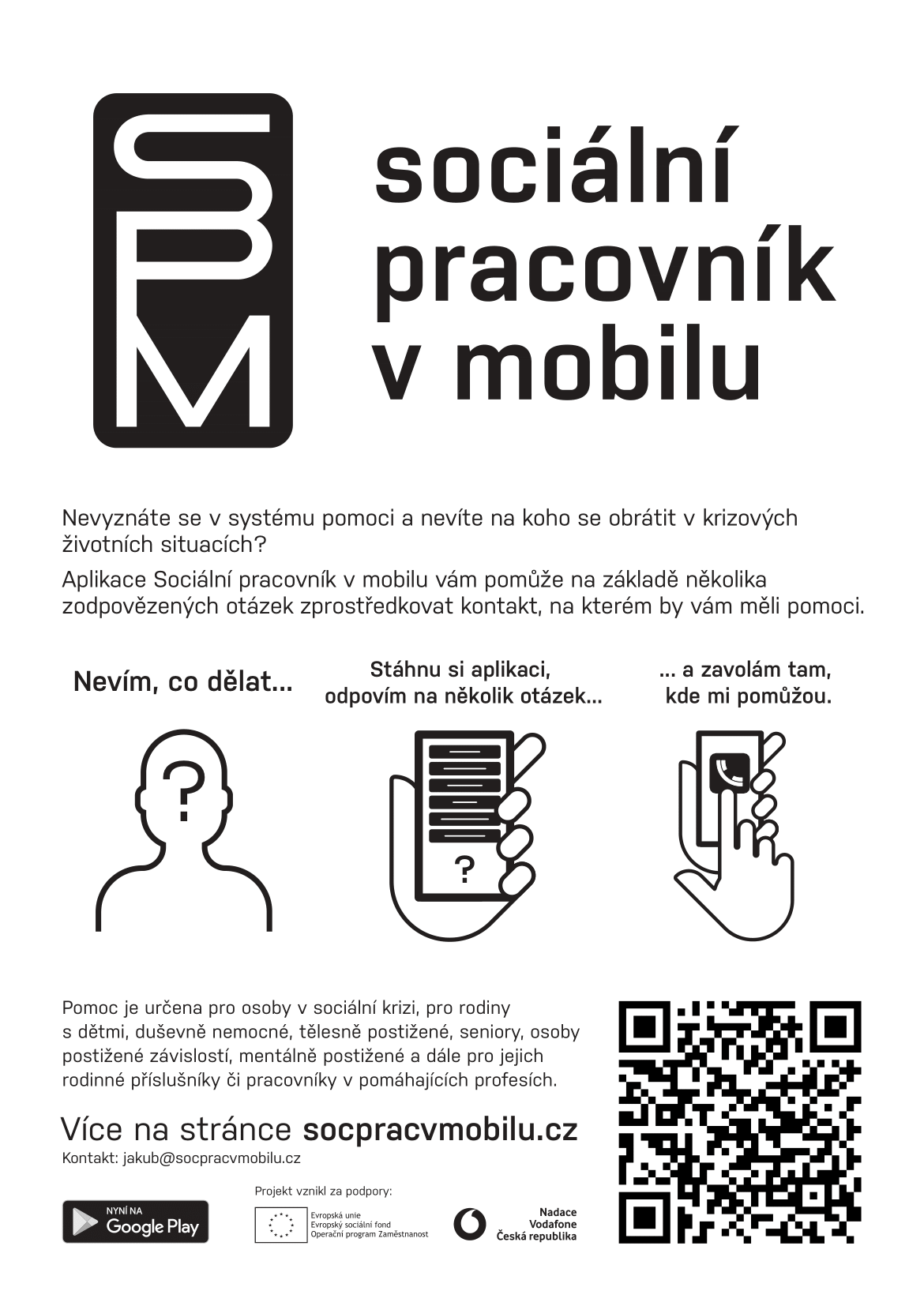